Enterprise networks and organizations form relationships based on a mutual share of information and trust. As a result, these companies hold large amounts of personal and sensitive data related to their customers, partners, and employees.

Although collecting and storing such information is a crucial part of running almost any business type, it often makes these enterprise networks a susceptible target of cybercriminals and hackers. To hack and exploit critical data, hackers use various cyber-attack vectors, including carrying out social engineering attacks or launching malware attacks. This compromised information is then sold over the dark web.

Having customer information or company data compromised leads to financial and reputational losses for enterprises. Cybersecurity companies and ethical hackers provide visibility to security gaps that cybercriminals and hackers can see through vulnerability scanning and penetration testing. While both vulnerability scanning and pen testing are popular, deciding which method is most suitable for an organization can be challenging.

Vulnerability scanning and penetration testing are cybersecurity practices aiming to protect sensitive information and secure networks from hack attacks. While both these network security techniques are high in demand, people often confuse the two as the same service and choose one while needing the other.

A clear difference between the two is that a penetration test is detailed and involves a hands-on examination of network security by ethical hackers who try to find and exploit weaknesses within a system. Meanwhile, a vulnerability scan is an automated, deep-scanning test that finds and reports potential vulnerabilities in a network.

With this settled, let’s delve into things a little deeper.

What is vulnerability scanning?

Vulnerability scans are a passive approach to threat intelligence and vulnerability management as they do not go beyond detecting and reporting vulnerabilities. Once these vulnerabilities are exposed, the IT security staff must patch them and report them as false positives by rerunning the scan.

As depicted by their name, vulnerability scans, also known as vulnerability assessments, are automated scans that access systems, computers, and networks for possible vulnerabilities. These scans can be run on a scheduled basis or can also be triggered manually.

A high-quality vulnerability scan can detect as many as 50 000 vulnerabilities. Since it’s a crucial part of threat intelligence, it’s set as a requirement for businesses and organizations by the PCI, OFFICE, GLBA, and DSS mandates. To ensure quality, these scans should be conducted by a PCI Approved Scanning Vendor (ASV).

Benefits of a vulnerability scan

There are several benefits to a vulnerability scan such that as:

What is penetration testing?

Penetration testing is a service provided by ethical hackers or white hat hackers. It involves using simulated attacks to discover and exploit a vulnerability present in a network, system, application, or website.

The main motive of carrying out penetration testing is to validate the vulnerabilities discovered during the scanning phase and investigate any other possible penetration means using reconnaissance.

Cybersecurity is a holistic approach and requires several security elements to be put in place to attain high-security levels. While knowing about vulnerabilities present in your system is one step towards achieving a secure communication network, penetration testing is needed to further validate the already discovered vulnerabilities and evaluate the implemented security methods and tools.

Organizations security methods are put in place through careful examination. However, security misconfiguration and human error can happen at any level of the application stack. Almost 90% of cyber-attacks occur through human errors. After putting security tools and practices in place, it’s best to check and test them for error and quality control.

Organizations handling sensitive information must protect it in the safest way possible. Cybercriminals are all about exploiting holes in security systems, and since all security systems are vulnerable at some point, it’s best to have a penetration tester exploit and patch them instead of a hacker.

Penetration tests are a popular security method, and there are several benefits such as:

Pen testing helps uncover security weaknesses and ensure a strong cyber security front. As cyber-attacks continuing to evolve, pen tests should not be limited to a one-time thing. To ensure your company remains strong against cyber-attacks, it’s best to have penetration testing carried out regularly.

Vulnerability scanning and penetration testing tend to be confusing for many people. For non-tech savvy personnel, both services may appear similar but have key differences:

Vulnerability scans are an analysis of computer networks to identify security weaknesses that might expose an organization to cyber threats and is performed by using a tool. ENHALO entertains both on-site and remote internal infrastructure vulnerability assessments, which are crucial for an organization’s cybersecurity.

Are both vulnerability scanning and penetration testing crucial?

The simple answer to this question is that vulnerability scanning and penetration testing are crucial in maintaining a healthy information security infrastructure.

Vulnerability scanning is a “surface inspection” and best to carry out weekly or bi-weekly. Penetration testing is a thorough “deep-inspection” of an organization’s IT security framework that allows a hands-on experience of a cyber-attack through simulation and is best on a bi-yearly or at least a yearly basis.

Organizations regulated by the PCI DSS, HIPAA, GLBA/FFIEC, and the US Federal Security are required to carry out annual penetration tests and/or quarterly vulnerability scans.

A wide range of tools to scan and discover target assets

The use of correct and efficient tools is crucial in carrying out a successful vulnerability scan and/or pen test. At ENHALO, we value our services’ integrity and utilize a wide range of tools to scan and discover target assets.

Before carrying out the tests, customers usually provide a target IP range. However, various engagements remain a requirement to identify ranges in use. Our consultants use robust scanning techniques and high-end tools to carry out a comprehensive audit of all IP ranges. Some of these are as follows:

Port scanning is a method that allows users to determine which ports are open for sending and receiving data. Security professionals also use it in identifying vulnerabilities by sending packets to specific ports on a host and analyzing the response received.

The main motive of using the network and port scanning is to identify the origins of IP addresses, ports, and hosts, determining vulnerable server locations and assess security levels. Port scanning reveals security measures in place, such as a firewall between the servers and user devices.

UDP and TCP are two general protocols that are used in port scanning. UDP scans involve sending UDP packets to target hosts and assessing the response packet, which helps determine the availability of the service on the host.

TCP scanning is similar to UDP scans; however, TCP scans receive a response packet which indicates if the port is open or not. TCP port scanning occurs in several ways: through SYN scans, TCP connections scan or NULL, FIN, and Xmas scans.

Operating system and amp service fingerprinting are used to collect information regarding a particular target host to identify the application system, operating system, or web server it’s running on. It involves probing and analyzing the remote host’s responses.

Network mapping is the process of identifying interconnected communication devices such as servers and network equipment. This is the very first step that a penetration tester needs to carry out for a successful test.

Network mapping allows a tester to visualize a connected network and monitor it. Apart from that, since all the devices are connected, it also helps monitor those vulnerabilities.

User enumeration is not possible in every circumstance. It’s a technique used by testers to guess or confirm valid users in a system. Its application requires brute force technique.

Although user enumeration can be found in almost any system based on user authentication, it is primarily a web application vulnerability. The most common areas where user enumeration occurs are on a website’s login page, or the ‘forgot password’ functionality.

It’s best to be prepared

Since cybercriminals are constantly on the lookout for targets, it is essential that every single business remains protected through efficient vulnerability scans and penetration tests.

At ENHALO, we provide the best of both – cost-effectively.

Get In Touch
Vishvas Nayi demystifies scans and pen testing 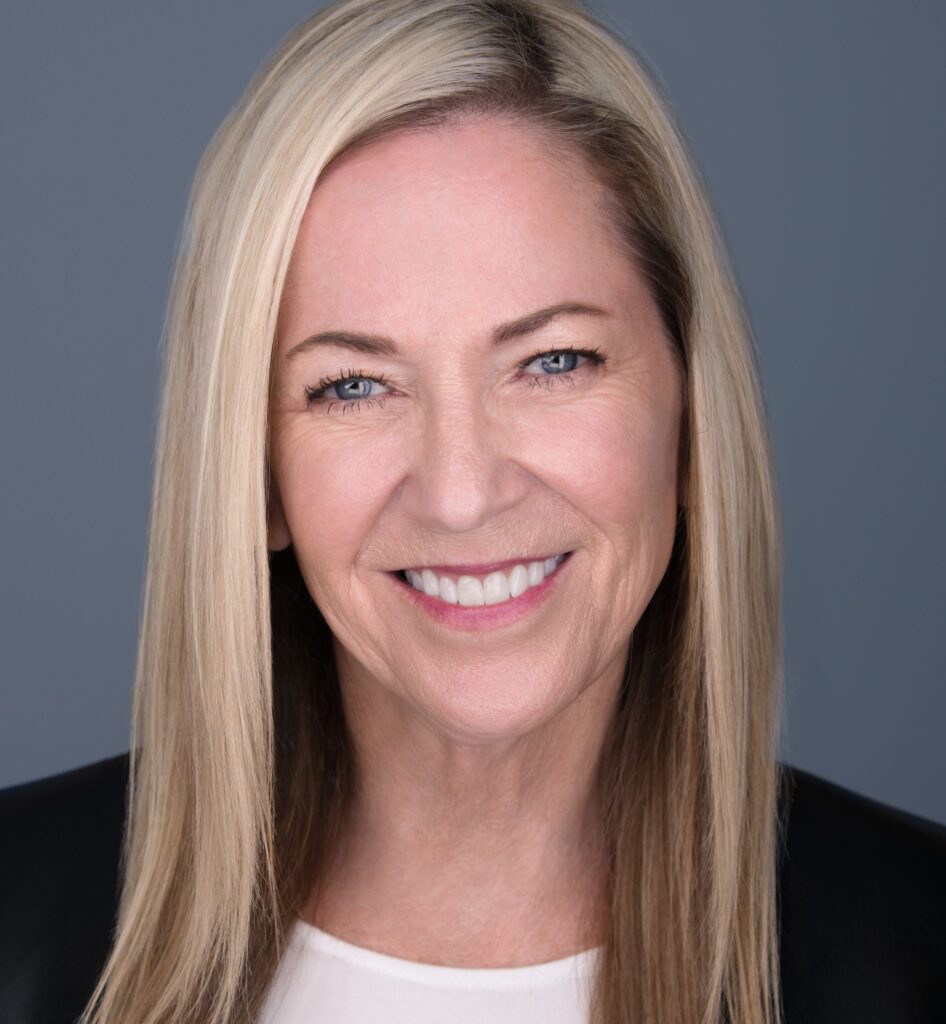 Carol, Director Sales & Operations, brings over 30 years of security and technology experience across multiple industries to the Enhalo cyber hub. 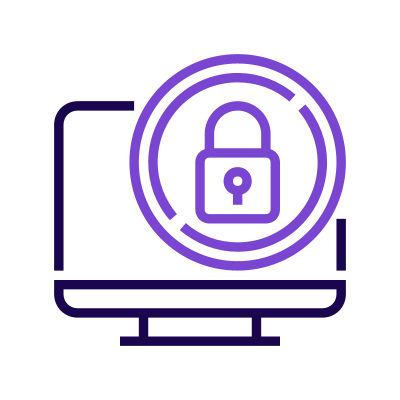